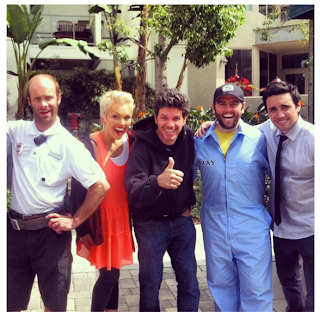 I spent the last two days filming a video with more than just myself, which is how I normally roll, but it was like I was really going to work and had a boss. Yes, they hired me to play a part in youtube/commercial. My roll: Melissa -A girl who has been internet dating
Chester See (see him all the way on the right in the tie)
*yes we had a part where Chester had to kiss Melissa (me)...I made a vlog that I need to edit, I'll put it up later. Chester probably kisses girls everyday. Me, I was worried I might just give him an Eskimo kiss or something.

Nathan Barnatt - who is absolutely hilarious, played the cop, far left.
Me....
Sam Macaroni - giving the thumbs up. And we talked about our love for Walt Disney, since he was reading 4 inch thick book about Walt. 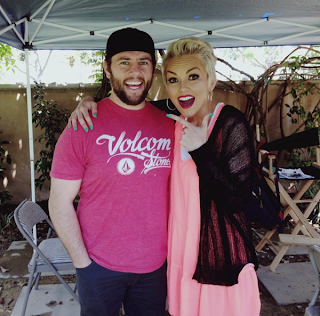 Shay Carl - who should win the award for happiest guy on youtube. His whole family is awesome! And I even made it in a Shaytards video for the 2nd time (whoop! whoop!) Click here to see it.

These were the shoes I wore, yes they are mine, and they hurt my feet. So, I wore my VANS that you see there, until I had to put my Jeffrey Campbells back on- cute but these are not comfy. 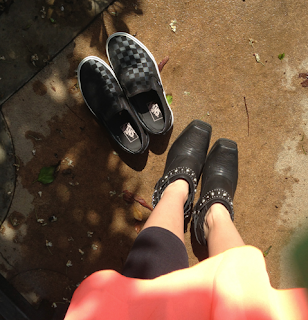 I saw this awesome, box thing, that they tried to hide by putting an exact picture of the street on it! How awesome is that!? 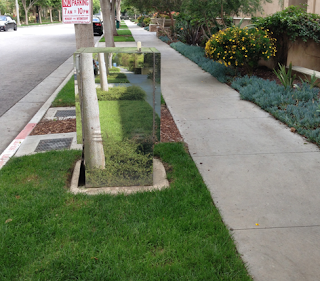 I love working on sets, it reminds me back in my days before youtube, when I was not in front of the camera, put putting makeup on everyone that was.
One of my favorite parts is the food. This was the breakfast table....and although the donuts looked tasty, I had an omelet and pineapple, I love pineapple.  (insert me patting myself on the back for not eating that donuts) 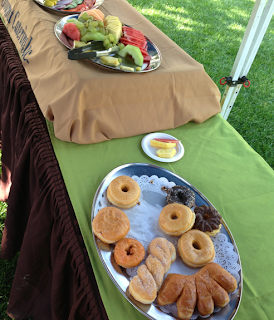 But don't worry, later I drank this milkshake! 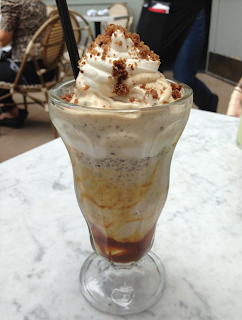 And A huge PS, I think I'm thinking, of thinking about doing a "let's get in shape for summer" video or series of blogs or something, because well, I'm gonna do it everyone might as well do it with me! ha ha ha

I'm off to go write my KANDEELAND blog...huge hugs and that milkshake wasn't even that great, your Kandee