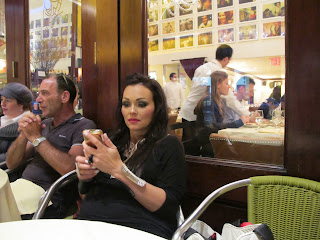 (see...here I am in September with an iphone 3...only 5 months ago and I been way cellularly outdated! ha ha) 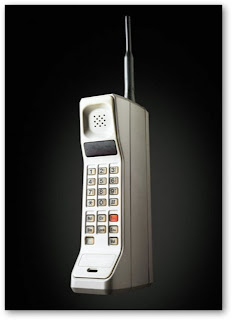 I feel like the keep that can't keep up with the "coolness"...
it's like just when you buy wide leg pants...skinny jeans are in...
you  buy all skinny jeans and and guess what....jeans up to your neck, are COOL now!

YES THE iphone 5 is gonna blow old iphone 4 right out of it's shiny, "shatter-able" case!
why the iphone 5 (rumored to be out in June) will practically shoot fireworks out it's top:
Why this makes me sad:

*I just saved up all my pennies to buy the fancy pants 4G iphone!
*I am not eligible for another upgrade until the year 2025! ha ha
*Once again, if I relied on material things to be cool....I'd still be the kid eating lunch by herself in the cafeteria.
AND A NEW IPAD 2... I don't even have an ipad 1!
On this one...I can't even begin to keep up, when I don't even have an ipad to update!
RUMORS of the ipad 2: 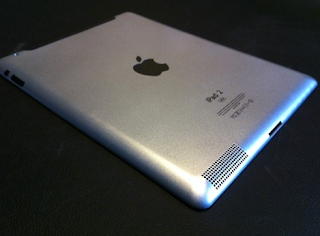 from this picture it's supposed to show the microphone on the back as well as the ipad 2 on there!
It's "rumored" to have 2 cameras...one on the screen for face-time video chats...and one for taking pics 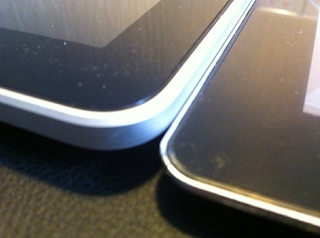 ohh la la...they sent the old ipad on a diet..and the new ipad 2 is now half it's size! ha ha
Maybe I'll do that to lose my baby weight, introducing Kandee 5, 4 times the baby, 5 times the weight loss! ha ha ha
The new ipad will also come with a SMGPS- Soul Mate GPS...so you can see exactly where your soulmate is to track them down! ha ha ha (just kidding, I just made that part up!)
Oh March 2, when will you be here to make me feel like I'll never keep up the the Apple-Jones'...ha ha ha ha
Good thing I don't rely on having the latest and greatest to be the coolest...I like being outdated and slow...ha ha ha....I'll be like a cool vintage car with big fins in a world full of Prius's...

pink cadillacs and brick phones....
your friend Kandee
Posted by Kandee Johnson at 10:18 AM

awww iphone 5 sounds sooo goood! just like you i saved my pennies for the iphone 4 =-[ do you know when its comin out? x x x

Ooooh youre so great Kandee :D
Could you send me your old iphone, please?

Hahaha ur hilarious Kandee!<3
I want the ipad/iphone haha. I'm not eligible until 2012 though! Lol

Lol kandee! you crack me up!
Btw, you're baby's soo cute!

Much love all the way from the Philippines! :)

Wow!! I am interested in the new iPad 2...I sold the first one to my honey..jajajja i know right shoot in reality I didnt cuz he still owes me..lol...but the iPad 2 sounds delish!! I cant wait...

I mean I didn't lol

Hahaha! Kandee, I love your sense of humor! Thanks for the heads up about this stuff. My rusty old 3GS is less than a year old. Yep, got ours about 6 weeks before the 4 came out. :( Guess I'm gonna have to wait for the latest and greatest too! No worries, I've got kids to send to camp this summer and all that jazz. WAY more important than mama having a new toy, right? I'm excited to see the iPad 2. I really wanted one last fall but I've been purposely waiting for the new and improved (aka we've worked the bugs out of the first try) second gen. Not that I can afford that either right now. lol But it's fun to drool over new tech toys.

I've always wanted a pink cadillac! I've yet to have any version of the iphone b/c i've been on Verizon ... cheers to being outdated and fabulously vintage!

i kept seeing news articles about the iPad 2 which i was like, "i don't see a purpose to the first one, but it was $100 or less, I'd buy it and choke on my words and be completely engulfed in it!"
I just ordered and iPhone 4, still love my original iphone 3, but you know upgrades are great.
I love that pink car at the end & that original cell phone, those are hysterical.

I have only had the honer to own a iPod haha. and I stick with the old junk boost mobile phones because they are realllll cheep... not kidding $50 a month for unlimited. but that don't matter when you have a very cool gadget suck as a Iphone. I WANT jaja. but I am also the one who don't try to fit in with fancy phones and hot clothing... my personalty does it for me :)

haha i don´t even have the money for any iphone..no matter if its the 3 or 4 oder 5...i only have a very very cheap a bit similar one, samsung galaxy 3 :D but thats okay..nobody needs an iphone5 to be fancy ;) even you kandee!!!but if i had the money..i would buy one too..hehe..xoxo sandee

haha yeaaa apple changes their stuff for more often than I change my undewear haha! That's why I laughed when everyone started freaking about Verizon getting the Iphone 4 because there's going to be a new one out in like 6 months and those people won't be able to get the new one :D

Haha always love your posts Kandee! :P Thanks for the inside scoop! x

Bahahah at the Kandee 5 joke, I love you! <3 Kenza

dont worry kandee this things are not everything in life..... BE THANKFUL that you & your family have good health, & food to eat everyday. theres people somewhere in this world that dont have food or clothes. do you even think they want an iphone? NO THEY WANT FOOD! so be thankful that you have those things. your babies are all healthy. so dont worry too much about technology BE HAPPY WITH WHAT YOU HAVE!!!!!!!!! (i mean whats gonna happen when you get your iphone5? ..... iphone6 will come right up again. SO ITS A NEVER ENDING STORY)

don't worry Kandee. I don't even own an iPhone or an iPad, we will be cool and not up to date together

wow...for all of us who don't even own an iPhone but want to get one, its almost like, we should just wait and suffer for a little bit longer until the iPhone 5 comes out :P same goes for the iPad and the iPad 2...curse you technology!!

Too funny!! Was saying the same thing myself about music. I do NOT know what the kids are listening to these days!!

im still edgy on owning an iphone because they always update! im tempted though. and i want the ipad. but im glad i have my blackberry <3

there is a reason why i had to wait 6mths to get a new phone within my contract.....newer phones to choose from in that time...positive always comes from a negative see.... :D

I've been waiting for the iPhone 5 since the iPhone 4 came out!!! Since the 4 never came out in white I refused to buy it. Hopefully they will make the 5 in white!! SO EXCITED! :] Now to go with verizon or AT&T?? Any thoughts??

Apple is spelt wrong in the title !

It's so hard to keep up. There is always something new and better coming out.

Hi Kandee!!! I was wondering if you could do Effy's makeup from skins. I have the picture here. It's really simple and beautiful. Thank you so much!!! :)

ugh I JUST got my iphone 4 YESTERDAY ....last night to be exact...... and i hate this because i dont want to sound ungrateful for what i have im so happy to have a phone again you dont know how hard it was to go a month without a phone anyway...yeah i hate like feeling like i cant keep up...but material things dont define us...you made a valid point!

haha! interesting. this is the first time i'm hearing this, Kandee! :)

I'm sure you wouldn't have to save pennies to get the phone if you wanted it.I don't even have an iphone because I save my pennies for things my children need and I pretty much have a very standard cheesy phone,lol.Ugh I feel like every time you turn around something newer and better is coming out.I wish I could have one of those fancy phones but cheesy does the job for now:) Hope baby Cupcake is doing well,she really is the cutest baby:) Lots of love ,rest and mommy power!:)

You always make me smile..... I love everything about you....I wish my friends were like you...... Oh well I do have an iPad and it sucks because I always wondered y this iPad never had a camera.....


Give baby KAILANI a big hug and kiss from me adriana all the way firm HAWAII.........xoxoxo

iPhone 4 is so much more amazing than 3GS. Talk about crystal display! iPhone 5 is sure set to be even more amazing. But I hope it doesn't come out yet. :P It gets delayed or smth. Hahaha. I wanna use the i4 for longer. :D

Can't believe it's already been a month since cupcake was born! :D All the love!

Kandee you are hilarious! This blogpost just made my day...hahaha! I seriously couldn't stop laughing as I read it. You sure know how to cheer someone up first thing in the morning :) Well I must be a dark-age nerd cause I don't have an iphone or a blackberry at all!!! hahahaha but I do have a phone it's just not super cool hahaha but it works great for me :) I think we might be starting a new trend of untrendiness haha are untrendiness IS SUPER COOL!! HAHAHA...hope you have a fab day, and I swear little cupcake(A.K.A.Elyse) grows cuter and cuter everyday which I didn't think was even possible cause of her most beautiful adorableness when she was born :) Love You Kandee!!!! XOXOXOX

Kandee, This is totally unrelated to this post, but... I was wondering if you can help me figure out how to do a bayalage type hair coloring at home like Gisele or Olivia Palermo. It looks so cool but is expensive to have done at the salon...here is a site with a picture of what I'm talking about: http://img2.timeinc.net/people/i/2011/stylewatch/blog/110207/olivia-palermo-300x400.jpg

I hope it is possible...Thanks! Love your blog and videos!

Thank you so very much for making make-up so fun and easy! I'm so much more confident now that I've mastered a few looks thanks to you. I would LOVE to see you do a video on Kate Middleton's make-up look. I love how simple and pretty she always looks. All the best! - Alexandra

You are too funny. I love reading your blog. You make me love make-up even more than I already do.