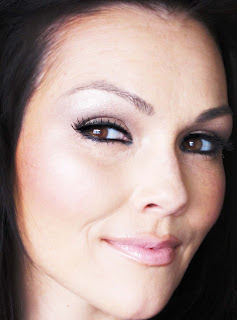 Here's the Glamorous Gold, Kim Kardashian eye...I have the list of what her make-up artist, Joyce Bonelli

Kim Kardashian and her make-up artist Joyce Bonelli (who also was Holly Madison,  Hugh Hefner's ex-girlfriend's make-up artist) used to get her gold eyes at the Grammy's...and then I have the colors I used since I didn't have the same ones!

I used SIN & VIRGIN (the 2 colors on the far left, in the picture of the naked palette)

instead of CHOPPER, I used SMOG ( a dark bronzey gold)

and instead of BLAZE,

I used HALF BAKED 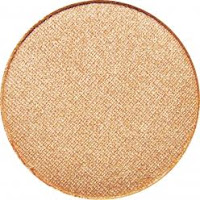 I used: well dressed from MAC 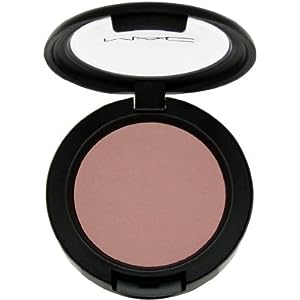 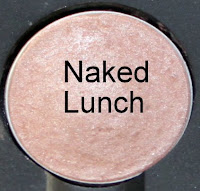 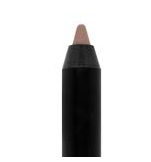 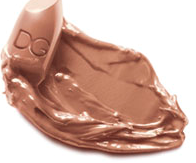 I used:
STRIPDOWN lipliner from MAC

LIPSTICKS in FABBY from MAC

so get ready to come with me on a gold-eye-kim-kardashian make-up tutorial video...! hooray!!!

Love it! Going out tonight and this is the look I'm going to do! Thank you!! xxxx

Huge love and fake lashes to you too :* haha:D:D

xx
A Journey to Style

Thank you! So good! xo Adorable ;)

I love your makeup tutorials and how you do your makeup, but I don't like that you draw around your mouth with the lipliner. I think it looks fake and drawn-on. I still love you, I hope you don't mind the feedback. I'm a makeup artist and get some of my inspiration from you, and while I know you can extend the mouth-line a bit, I think you overdo it, and it always bothers me.

Love it + you loook absolutely stunnig..
Love you kandee

Thank you for all the tutorials that you do, they inspire me to change it up a bit. Your so awesome.

great tutorial, you got it dead on! What about a wearable St. Patrick's day look?

very pretty! but I must say, I'm pretty tired of Kim Kardashian toutorials...everyone's done them and they're all the same =/

Wow, this look is SO Kim -- very pretty! I'd love to see some Oscars-inspired looks ;]

Hi Kandee, would you please do a tutorial on Aaliyah's make-up from the 'more than a woman' video?
Lots of love from Belgium!
x Elia x

You are so cute with you freckles at the beginning of the video!!

Love the Naked set...I am adding that to my wish list :-)

Just curious...what color do you use for your hair? I love it :-)

Thank you for taking the time to do this Kandee! Gives me something to practice! ha ha! I'm sure people will/have post mean things but you're beautiful (inside and out) and do such an amazing job! have a wonderful day!!

I loved it!!!! I think you should do someone from the Oscars next.. maybe natalie Portman or Michelle Williams <3 oxox

Love the Naked make-up pallet. I am putting that on my list to get :-)

Question for you Kandee...what hair color/name do you use? I love that shade...looks really good on you. I have tried several colors and it keeps pulling the red :-/

Love it!!! Like always you do an amazing job.. I just need to get the right pallette for it haha. I would love for you to do a tutorial on Gwen Stefani in the ''Sweet Escape'' moment of her career. XOXOXOXOX

Sorry...looks like both of my posts actually posted...hee hee
I got interrupted while trying to post the first one and didn't think it worked :-)

Love this Kandee, thanks! I also just came upon your video for getting the perfect eyebrows and tried it on myself immediately!! I'm so happy with the results. Thanks for inspiring me, here's my post about it. Congrats on little Cupcake!!! xoxo

Kim Kardashian's makeup always looks like perfection, and you hit it right on the nose! Amazing as always, Kandee.

I would love if you checked out my blog:)

I love this style!!!
thank you for the video.

Please do a Mila Kunis Tutorial!!

Kandee-dear, I love this video. It is super creepy when you speed up the part of videos when you're lining your eyes. haha

Love Kims make up she is so stunning! You've done a great job here Kandee.

Kims website also shows some of the make up Joyce used for different occasions on...
http://kimkardashian.celebuzz.com/

I tried this look today and I love it! The gold color over top really brings out the gold colors in my green eyes. Thanks for the new video!!! :)

It looks like your everyday makeup that you always wear

Good job, pretty, I wonder how you can find the time to do and edit the videos with 3 kids and a baby! A hug 4 U Supermom!

Hey Kandee! How does Kim K have such MASSIVE lower lashes? I don't understand how that is possible?! Is she naturally gifted in that department?

Kandee- What's the highlighter you use from MAC in this video? It cuts off the name right before you show it.

can you pleaseeee make a kim k hair one or any other celeberties hair one.. thanks

Kandee, I love how you use pictures showing what you used in comparison to what the actual makeup artist used. It's so helpful on so many levels. This tutorial was very quick and easy.

I still love the Kim Kardashian tutorial you did a year or so ago where the brown shadow had some violet, gold undertones in it and you used a variety of shadows to get the same effect... Kim always has the most lovely makeup and you do such a great job recreating them for us. :-)

Hi Kandee, i absolutely love you :D i think you should do a Jennifer Nettles from Sugarland tutorial from the music video Stuck like Glue...her makeup is soooo adorable and i would love to see your take on it


Love u kandee give all ur babies a big hug from me especially baby kailani.......

Hey Doll
You look great!!
i have almost everything you used in this video! Im going to try it out tomorrow!!
Thanks
oxoxox,
Jessi

love it!!!! and all your makeup tutorials

hey kandee , thanks for this KK eye tutorial, but can you post the video with the easiest way how to make Lauren Conrad hair braid look?? here is her look: http://11-myblog.blogspot.com/2010/03/lauren-conrad-braid-hair.html

You did a great job!

Come check out my blog!

I would LOVE (LOOOOOOVE LOOOOOOVE!!) to see a really natural skin tutorial. Less is often more! I'd love to see more 30s-50s style make-up and hair tutorials. I've watched your old ones about a bazillion times. :)

Kandee, I just wanted to know what you recommend or use for the application of eyeshadow? What are the brushes that you use they look like they are easy to use and do a remarkable job.

Kandee-I love all of your tutorials! I feel like your creepy stalker watching them all even though that is what they are for but I learn TONS from them; aside from learning great beauty tips you cheer me up so much with your positive attitude and make me want to carry a similar attitude for life throughout my day. Thank you :)

Aw, yeaaaaa- a makeup tutorial with our favorite beauty guru! :)

Hey Kandee!
I was wondering what is the contour stick you always use to draw lines beneath the cheek bone and then blend it in. You use it often but I don't think you've ever told us specifically about the product!
Lexie

Hi kandee. Could you please do a JLo tutorial? Thank you.

beautiful kandee as always!!!!! i was just wondering i wanted to buy some mac brushes would you be able to tell me what ones to buy that i would need like what ones do i use to put on eyeshadow? would i need a couple of the same ones for different eyeshadows? thanks soooo much ur my biggest idol love you always...an ur lil babys soooooooooooooooooooo cute..xxxxx

I LOOOOve it so much!!! I was missing your eyes make up tutorials and I do love this look! I even prefer the look with your own colors: Thank you for giving us all the tips and brands. I want more videos like this!!!

Hi ! I missed your tutorials and your happiness so muchhhh ! Glad you started doing some again! keep doing this!


Lot's of love from Paris (France)!

Love it! I am so glad to see a new makeup post! BTW..Your lil munchkin is so beautiful!

Love you Kandee, thanks for this. Beautiful as always. I would like to see the Gwyneth Paltrow look from the oscars. She was bronzed, beautiul yet quite natural which I find tricky. Thanks
Claire xx

this is great thanks!
can you pls do some FUNKY, FUN, BRIGHT, COLORFUL make up looks pls. like rhianna's new music video where she has bright yellow eyes??
thanks kandee i <3 you!!!

Hi Kandee,
I missed your tutorials soooo much, i love everything about you and i love all your vidz but i looove watching your tutorials!
FYI: in my watch list it was your vid and Tiffany's on friendship.. i totally needed to hear what she said about that coz only this week i lost a friend over something ridiculous! so then i watched yours and was like 'im soo gonna go out do my Kim Kardashian makeup and spread the love and grow a bigger heart..' and i had the best night i have had in yearz.. ye are awesome :) xxx

Oh, I love this video and your un-glued lashes haha;)
and I missed your tutorials and your smile:)
huge love,
Ada

I love your makeup tutorials! I learn a lot. :)

i love your tutorial

Thank You sooo much for this video and giving more suggestions on what to do w/ the UDNP!!! Love Love Loveee it and You and Your Babies!!! <3
Could you possibly do a Victoria Beckham look??? I can't find a good tutorial anywhere...and I know you would do an amazing one!!!
Lots of loveee and hugsss to you and your lil cupcakes xoxoxoxoxox

Kandee, I don't know if you read these, but I just read this article in the British press and thought of you. PLEASE, PLEASE read it - it will make you feel much better about something that happened to (the "sick" woman) recently.