My Top 5 Most Popular Costume Video 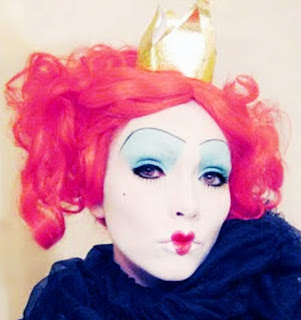 #1. Queen Of Hearts Make-Up Tutorial
(This is the Tim Burton Queen of Hearts, and yes I made this baby, way back in 2009!)
Now come and have fun watching me glue down, my eyebrows: 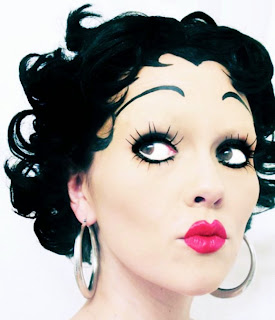 #2. Betty Boop MakeUp
(Random Fact: This was filmed in 2010, in the bathroom at my mom's house.)
Now come watch me hoop-boop-be-doop my eyes like this: 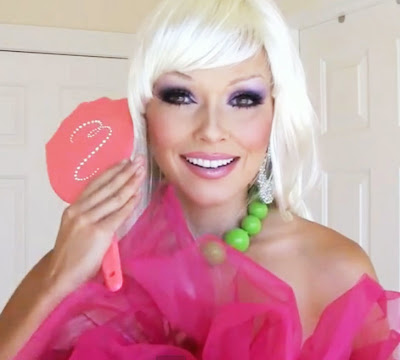 #3. Barbie Make-Up Tutorial
(RANDOM FACT: The bad filming part, I actually filmed from my laptop, the difference is huge, she I switch to the tutorial filming in it! ha ha) 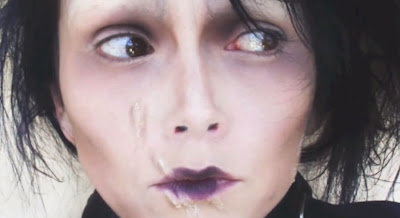 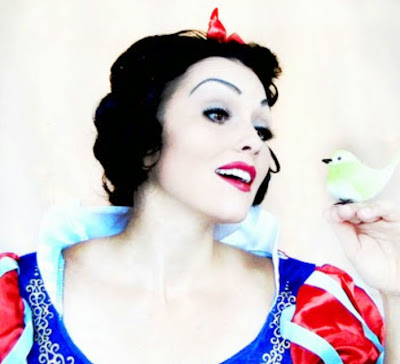 #5. Snow White Makeup Tutorial
Last but not least, my Snow White video. The only thing I would change is I would take out all the Snow White "singing"! Ugh.....ha ha ha
I love this tutorial because I studied the way they actually mixed the paints for the real Snow White, so I could make the colors look as close as possible. 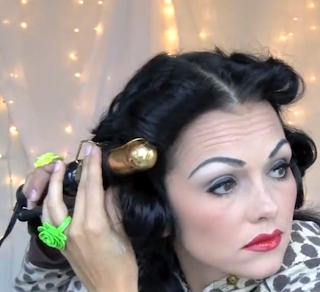 And Snow White's Hair was probably my most fun hair do, I've ever done, here's the separate video that show how to do it, not many people know I even made this:

I hope you liked seeing these, and maybe they were just fun to watch and give you some inspiration and some tips for hiding your eyebrows, or how to draw on your face with white face paint all over it! ha ha ha

Huge hugs and so much love, your virtual best friend, Kandee

Come find me at these places all over the internet, just click on one: