Out with the Ombre in with the Sombre! 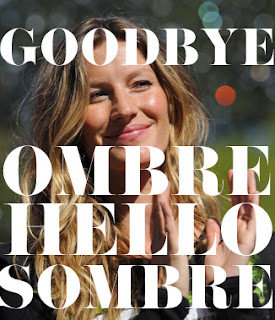 Ok, the Ombre has been a round a while now, and it hasn't really shown too many sign of slowing down.
I still see ombre's all day, erry' day. 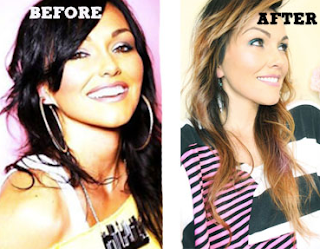 And as you can see, that was me above with my OMBRE, and I even made a video on How To Ombre You Hair, Yourself!

So I asked my friend Kim Vo, celebrity "blonder to the stars", who was also responsible for the Ombre trend taking off and sharing it with the world in 2010, just how it started and will the Ombre go away, and what's next and how to do it!

OMBRE ORIGIN:
He said the Ombre really originated a chic, "recession-ista" way to let your highlights grow out a bit, yet have that effortless-I-just-came-back-from-the-beaches-of-Brazil look, like Gisele Bundchen. 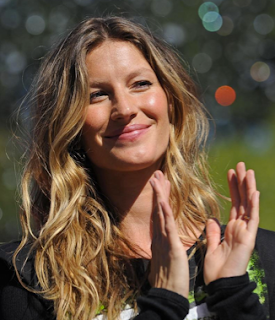 IS THE OMBRE TREND GONE:
Kim, said, no. It's like it's own beast, it adds light and bright to a lot of girls faces, and it's like highlights. It might not be going anywhere for a while, but it will be having a little "ombre make-over" or revamp.

ENTER THE "SOMBRE":
A softer more gentle Ombre. See Kim applying the "Sombre" technique (below), and then the achieved SOMBRE. See, it's a gentler gradation of color and highlight. It looks more like a natural highlight that you'd see in kids hair, that have been playing in the sun and their ends just get a few shades lighter. Not the full on, extreme blonde ends like an Ombre! 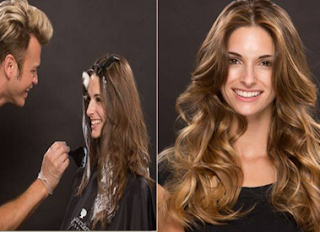 Give it a try, you might fall in love with your new Summer Sombre! Head to the salon and tell them you want to go Sombre, or watch Kim's Tutorial on how to do it! Comment below if you'd like a "Kandee Tutorial" on how to do the Sombre too!


put some party ole' on your hair with some Sombre fun!

Ain't not body got time for a bad hair day, your Kandee

Click here to see my latest BEFORE & AFTER video.