5 Things You Don't Know About Me: 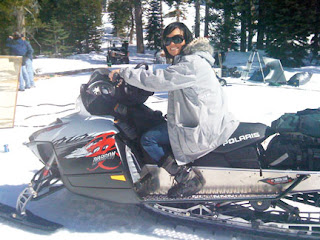 Here's my Saturday-5-Things-You-Probably-Don't-Know-About-Me:
1. The only time I've ever ridden snowmobiles is when I've worked on make-up jobs set in the snow:
an independent movie, a tv show, and an ad campaign for a popular snowboard company. I like being the driver, better than the "passenger on the back".

2. I was in the "expert" level swim class in PE in high school, basically you just had to, not drown in the water to be in the expert class. We had to swim, in the outdoor pool, first thing in the morning and frogs liked being in the pool too.


5. I used to own a pair of Birkenstocks in high school. Don't hate, those things are comfy! My inner hippie was peeking out.
(This was the same exact color I had- I think my Grams had given them to me.)
What if they became trendy?! ha ha ha 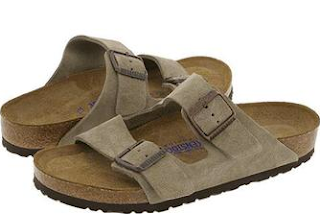 But seriously, have you ever tried a pair on? So comfo! I predict that they will make a come back, just watch!

hugs and hippie shoes, kandee (I don't own them anymore, though)


PS. You wanna see my one of my favorite drinks: click this bad mamma-jamma to see my friday photo diary.

Yea, dont hate! I have 4 pair of Berks, all super stylish and so comfortable. They are better for you to wear than any other sandals out there. Check out the stock QVC has of Berks! You'd be amazed! My mom and I swear by them!

Kandee that is soo funny.....I used to wear those in h.s also. Di u know what's more funny...I used to wear socks with them too! Big violation! Lol I don't know if u ever thought about this b4 but here's an idea....what uf u would put a tab for ur videos so it would be much easier to view them instead of going back like 4 years on ur blog? I just like to go back & review the vids once I. A while. YouTube does not let u view all of them. I'm sure it will take some time but it will be grately appreciated if it was done. I know ur a busy mom & all . Oh btw what were the results of the survey?

Please take this into consideration! Luv ya Kandee

My psychology professor in college wore berkinstocks everyday!! No socks if it was warm and wool socks when it was cold.