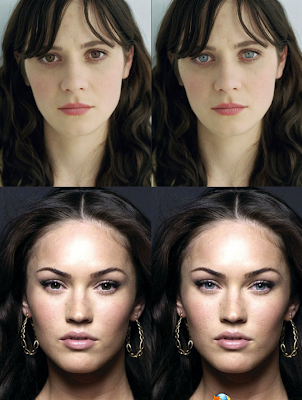 When I first saw this picture of Zooey Deschanel and Megan Fox with brown eyes- (which went viral via REDDIT)...
I seriously thought the girls on the left, were just look-alikes. I cannot believe how different Zooey Deschanel would look with my color eyes! I even had to just cover up their eyes with my finger, to see if the other features were theirs or if my eyes were playing tricks on me!
And look how different Megan Fox looks without "brown eyes"....

Now being that I am the proud owner of 2 "non-blue" eyes...they aren't even green...they are in fact brown, but if you shine bright lights into my eyes, they look more "light brown". Now if only I coulc walk around with flood lamps shining in my eyes! ha ha ah

I do have to say, that without their blue eyes....these girls looks totally different to me. Now this is not going to make me go running for colored contacts- although I've always wondered what I'd look like with a pair of blue eyes!

Now they just need to post pictures of 2 celebs with brown eyes and make them blue and see how unrecognizable they'd me....I cannot imagine J-Lo or Jessica Alba with blue eyes. Or could you imagine Johnny Depp or Orlando Bloom without their "dark iris and handsome" chocolate eyes!


Look what my friend, and Youtube inspiration, Lauren Luke  (AKA Panacea81) made for me:
blue-eyed Kandee 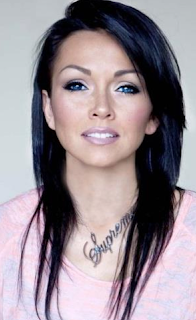 And Nikki Creighton made this photo for me! I kinda love my "blue eyes": 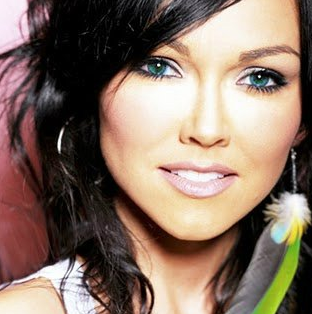 I used to wish my eyes were as crystal blue as my Grampa's or as green as my dad's...but now I love my "chocolate chip eyes" as my mom used to say. And as my Kindergarten teacher said I was the girl with "dancing dark eyes".

Yes, I Kandee Johnson have brown eyes. At one point I remember saying, "yeah, my eyes are just poop brown"....but now I like them and I say they are more like, "melting milk chocolate brown" ! ha ha ha ah
Who else is with me?!? Are you a brownie or a bluey or greeny or hazely....or grey..or
what color eyes are on your driver's license?

and to all my "chocolate chip eyed" lovelies....here's a song for you:
MY BROWN EYED GIRL by Van Morrison

and to all my "every-other-color-than-brown-eyed" lovelies...man, it'd be fun to wear contacts in your eye color! hee hee hee

thankful that my eyes can see, no matter what color they are....
your brown-eyed, kandee

Posted by Kandee Johnson at 1:17 AM

it's fun to experiment with contacts to see what you'd look like with a diff eye color....

Notice how your eyes are more drawn to Megan Fox's mouth than her eyes when they're brown its strange! Ive always wished I could've inherited my mom's baby blue eyes to contrast my dark locks, but you're right, you learn to love what you were given. Oooh and "Pretty Brown Eyes" by Mint Condition is my fave :)

Thanx kandee we rarely appreciate what we have! I have brown eyes and tganks to my mom and grandpa I have green streaks your post maxe me realize how beautiful and unique they are luv ya!

I love brown eyes... They're so warm and can be beautiful. I've never experimented with my eye color, but I love my dark eyes like they are! :)

I remember when me and my boyfriend went on our first date....and he said "You have the most prettiest shade of brown eyes I've ever seen!" hahahaha. I knew he was a keeper! :)

I love this post! I have brown eyes as well, and my boyfriend constantly asks me to buy bright blue contacts! It makes me feel a bit unattractive at times, but this post totally changed my way of thinking. Brown eyes are beautiful and I am very proud to have brown eyes! Thank you kandee!!

I have hazel eyes, and they turn amber and sometimes a vey light white green in different lights. Luuuurrrrvvveee my eye colour!!!

My eyes are a wierd mix of bright green and yellow. I would love to have dark brown eyes!

I have blue-ish green eyes & I love having such a cool colour for my eyes :-)

I have green eyes . Only 2% of the world has green eyes

I have green eyes, one time I bought grey contacts Haha just for something different. :)

I have green eyes. I can say they are my absolute favorite feature. ;)

The color is so rarely seen. I get people asking me if I wear contacts all the time! Lol I have never really desired a different color, but it sounds fun!
Ill have to try.

I have green eyes, and I've always loved them. I have played with colored lenses, cuz it can change ur personality, just like hair color can.

I have my mother's eyes, dark blue on the outside, light blue in the middle, and flecks of yellow by the Iris. I love my eyes and I always have. My boyfriend says they're the prettiest eyes he's ever seen :) You have really pretty eyes, too, Kandee!

I have brown eyes and I haaaateeeee them. Brown looks so plain with my pale skin and brown hair. The contacts make my face actually look alive.

According to my license I have hazel eyes. Growing up, I hated my "cat eyes" as they are often referred to as. See, 95% of my family have darker features and that gorgeous olive sking tone (im 1/2 Czech, 1/4 Spanish (Spain), and 1/4 black Welsh (think Catherine Zeta Jones)); when I was young I always asked my mom if I would ever be pretty with brown eyes and hair like her... She would always look into my crystal blue eyes and say "I hope not". Over the years, my blonde hair turned to a medium brown, and my eyes chznged too... To the coolest combination of both my parents' coloring. Around my pupils, my eyes are blue green jst like my dads, but the outer portion are honey brown like my beautiful mothers'. Looking back on all the years I wasted in highschool wearing brown contacts, I wouldnt change my eyes for the world. They are unique. They,are the pathway to my soul... Literally. If I am happy they are predominantly blueish green, if I am upset or deep in thought they are more yellow brown. I was blessed with my beautiful eyes, because they are mine; just like every other beautiful soul reading this blog and their own eyes <3

I think your brown eyes are really pretty. Ive always thought so. I think certain people have that really pretty brown color going on. I have grey blue eyes. I love them. My daughters are more blue bit they are beautiful. My eyes are probably my favorite feature.

I think whatever you are born with is naturally the "best" colour for your eyes!
Personally, I hate filling in forms or whatnot that ask what color eyes I have because in some lighting they are bright green but in other lighting kinda hazel and sometimes even brown-green or watery gray...*Le sigh* So I usually just opt for declaring them gray or hazel. Ugh such a dilemma! LOL! :)))

It's not that huge of a change, but if u wear contacts I WILL laugh, I think its just the fakest thing besides implants, its only cool for Halloween costumes and I'm talking about those cool scary ones or the cat ones, other than that why the heck would u change the most versatile eye color, it's like wearing that little black dress, u have to decorate it in different ways, make it pop!
Brown eyes are killer! One of my best friends has blue eyes and always wanted brown.
Don't be that weird person with the fake eye color ;)
Besides colored eyes have more eye problems, I'm cool with my 20/20 vision, thank u Lord :)

I think whatever you are born with is naturally the "best" colour for your eyes! Personally, I hate filling in forms or whatnot that ask what color eyes I have because in some lighting they are bright green but in other lighting kinda hazel and sometimes even brown-green or watery gray...*Le sigh* So I usually just opt for declaring them gray or hazel. Ugh such a dilemma! LOL! :)))

Sorry about the dupe comment...I entered on the wrong address for my blot and cant delete nor edit it. *derp derp*

I don't have a driver's license but my eyes are brown, and I love them

Wow!!! HUGE difference!! & kandee you are beautiful no matter what color your eyes are!! Your so blessed to have such a great look!! Your mom & sister are beauties as well^_^

Oh my. I have very dark green/yellow eyes and my kids have dark redish brown and deep grey blue eyes. We are very blessed with unique colored eyes.

My drivers liscence says that I have hazel eyes, but my eyes change colour so frequently, that I couldn't even tell you what colour they are!! When I was a baby, my eyes were violet though! It was crazy :)

I have blue eyes but my husband and children all have brown eyes. I'm ALWAYS wanting deep, dark chocolaty eyes like my children! With brown eyes you can wear any eye shadow and it doesn't clash. To me, deep brown eyes are just mysterious.....,.I guess because I don't have them :)

I have lightbrown eyes that are orange in the light. and there are tiny bit of green stripes. i like my eyes. i too get constantly asked do i wear contacts. Even they are just "boring" brownies