What To Buy A Guy: 14 Of The Coolest Gifts For Guys 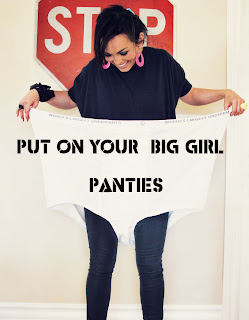 Victoria's Secret has nothing on me and the gifts I've found!
I've got 14 of the coolest, most fun, and unforgettable gifts you'll ever give. Don't just give boring gifts- give the gift of awesome! 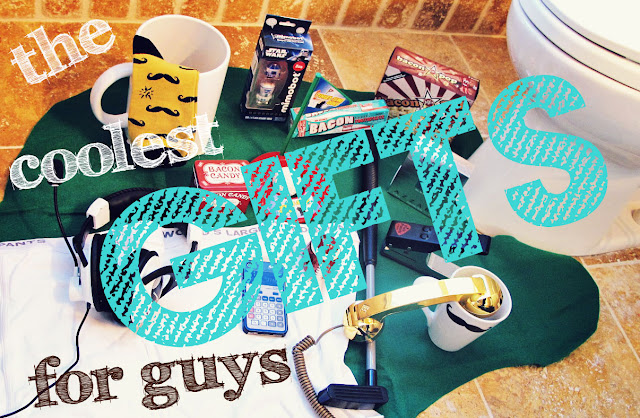 It's HERE! My world's coolest, best, greatest, most fun and funny gifts for guys!

No need to worry what to buy your:

GET READY TO WOW EVERYONE :
Here's just a sneak peek at what's in the video-
World's Largest pair of underwear- SHOWN ABOVE...
(these could also make a fun "put on your big girl panties", gift for a friend or sister- these would be hilarious to stencil that saying on, too!) 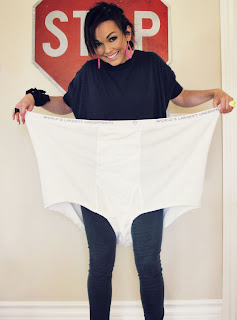 I hope you love this video! Now watch and I'll link all the stuff and where I got it below the video...Now let's hang out and let me show you some awesome gift ideas:


The MOST Awesome 14 Gifts for Guys (and links to where I got em'):
1. The DIY "Mugstache" Mustache Mug (cost me $1 to make)- i made it myself.
CLICK HERE TO WATCH HOW TO MAKE IT

6. Bacon Toothpaste - yes, I taste it in the video...mmmm smokey -www.fredflare.com

Now maybe I should do a video on funny ways to wrap these awesome presents! ha ha ha

Ummm love you, love the back ground, live the gift guides!!!! Thanks for all your videos and posts!!! Much love

These websites should seriously pay you something
for all the business you're going to get them. :) Thanks
for all your fun ideas they're always different and
most definitely never boring!

Kandee i love u.u are so funny!! Thanks for all the time you spend to spoil us w your talent and awesome humor :)

This was the funniest video ever!!! So entertaining! I