March Means First Saturday 5 Things You Didn't Know about me! 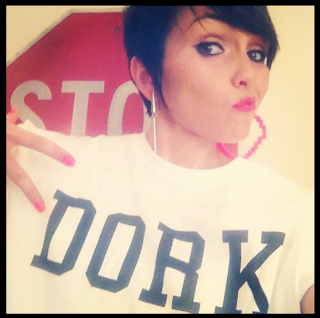 #1. I posted this picture on Instagram last night- saying: "Dorks Are Really The Coolest!"...and I had no idea if this is true, but people started posting that a "dork" also means a "whale's man-parts".....I have never heard that before. But I did get my shirt at TopShop, maybe I should have bought the one that said NERD! ha ha ha

#2. Second thing you might not know about me: this soap is in my shower. And it smells like you're on a tropical island on vacation, well until you step out of the shower. (I got it at whole foods. Pacifica Indian Coconut Nectar) 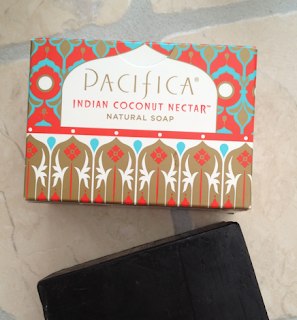 #3. I can't stand folding laundry, especially trying to match socks. I don't mind putting it in the washine machine and all that, but it's everything after it's dry. ha ha ha

#4. I "dangerously" tried washing my face with a new face wash, and my face broke out in a horrible rash of weird bumps, so I haven't filmed videos all week, because I haven't even wanted to put make-up on my face. But I filmed 1 video for my KANDEEjohnson channel, and on for my 2nd channel TheKandeeJohnsonShow...I will try to edit and get it up tonight!

#5. I gave my first haircut to my best friend in high school, that asked me to cut her hair. And all we had was awful kitchen scissors, but surprisingly it came out really cute! ha ha ha ha
(that is me and my Rapuntzel hair, and my friend is hidden behind me, but that was before her haircut!) 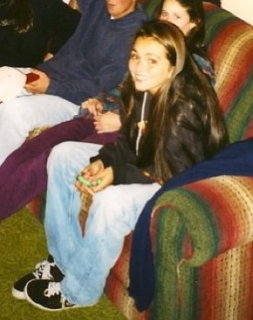 I'm off to go try to edit a video, hopefully it's in focus this time! ha ha ha IT should be up tonight or tomorrow for sure!!

PS. You guys are so awesome and have voted me up from 21st place to 2nd! Keep on voting for me guys- you guys are so amazing and without you I wouldn't have even been nominated! CLICK THIS TO VOTEY-VOTE-VOTE!
Posted by Kandee Johnson at 10:13 AM